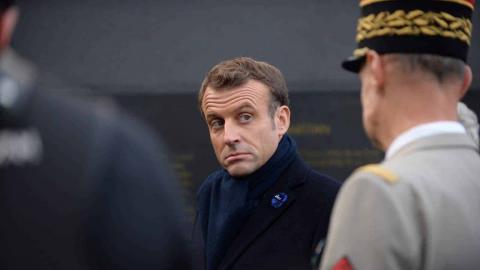 Macron's 'Non' triggered a deluge of analyses and op-eds explaining how the French position would undermine the successes of North Macedonia and Albania, that it dealt huge damage to EU credibility in the Western Balkans and cast a shadow over the region's European perspective, supposedly set in stone in Thessaloniki 16 years ago.

But when it rains in the Balkans, invariably it pours. With the dust still to settle from the French veto, Macron drew fresh condemnation with an interview published last week in which he described Bosnia and Herzegovina as a "time-bomb that's ticking right next to Croatia" due to returning Islamist fighters.

But while some went so far as to proclaim the death of EU enlargement, two things suggests a very different outcome is possible.

Enlargement an issue once more

Years of enlargement fatigue followed by a vow in 2014 by then incoming, now outgoing, European Commission President Jean-Claude Juncker that there would be no further expansion under his watch shunted the issue firmly to the EU back-burner.

Yet, with the French veto looming, it became the topic among EU institutions, leaders and media before and during the European Council meeting in October, just behind Brexit. Enlargement is once again the talk of the town.

Secondly, a strong pro-Balkans bloc has been consolidated within the EU. The region, struggling to make up for lost time and catch up with its neighbours, suddenly has a circle of friends actively promoting its European path.

The presidents and prime ministers of numerous EU member states,...