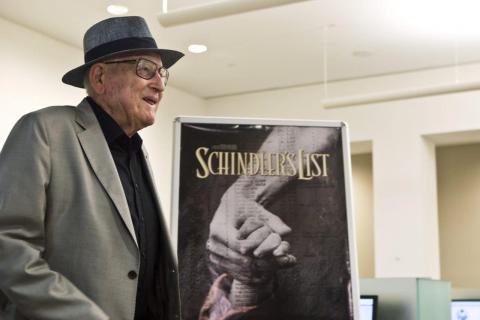 Lustig was born in the eastern Croatian city of Osijek in 1932. Because of his Jewish background, he was imprisoned at the Auschwitz and Bergen-Belsen camps during World War II. Most of his family members disappeared in concentration camps across Europe.

"I would like to address you as number A3317. This is my number from Auschwitz camp, which I wore for two years and from which I managed to return alive," Lustig said while speaking in 2015 at a commemoration of victims of the Nazi-style concentration camp at Jasenovac in Croatia.

Jasenovac, where at least 83,000 people were killed, was run by the Croatian Nazi-allied movement, the Ustasa.

"What is important that my grandfather and my family were taken here to Jasenovac. Here my grandfather Guther Emanuel was killed," Lustig told the commemoration.

Lustig called for further studies on Jasenovac to make what happened there better known to the general population in order to combat genocide denial and historical revisionism.

As a film producer, Lustig won two Oscars, one of them for 'Schindler's List', which tells the story of a German who saved hundreds of Jews during WWII.

He was the president of Croatia's annual Festival of Tolerance, which is aimed at "fostering critical thinking and the creation of a more tolerant society".

The Festival of Tolerance began as the Jewish Film Festival, which was intended to raise awareness about and maintain collective memory of the Holocaust through films and personal testimonies about the WWII concentration camps.