Last Despatches: The Voice of a Croatian Town Under Siege 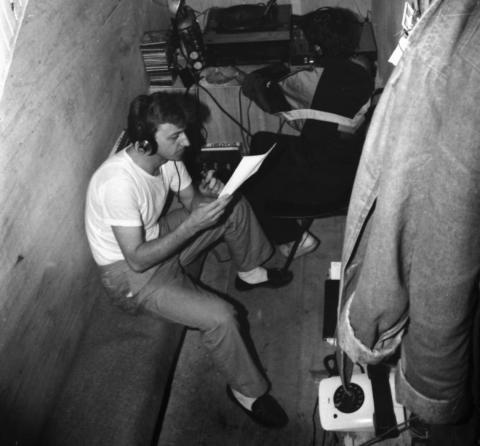 "The wounded defenders are still holding out, but the burning question is for how long… Incendiary bombs have been dropped on the city several times," Sinisa Glavasevic reported from besieged Vukovar on November 9, 1991 for Croatian Radio's 'Chronicle of the Day'.

It was just a few days before Vukovar finally fell. By that point, Glavasevic's voice was known to all his fellow citizens, not only in Vukovar but across Croatia, where people were intently following what was happening in the eastern town.

Glavasevic was a war correspondent and the editor of Radio Vukovar during Croatia's war for independence, and his hometown was besieged for three months from late August 1991 by the Yugoslav People's Army and Serbian paramilitaries.

"Under constant fire from shells and projectiles of all kinds, there is no longer any space for illusions. Despite all the promises that were made, both defenders and civilians are dying relentlessly," said Glavasevic's report on November 9.

The defenders of the Croatian town surrendered on November 18, after which all the non-Serb population was expelled, and various prisoners of war and civilians were deported to prisons and detention camps in Serbia, while 260 people were executed at the nearby Ovcara farm and in other places.

Over 3,000 soldiers and civilians died during the siege of Vukovar and its aftermath, 86 of them children.

As for Glavasevic, he was taken away by Serbian forces on November 20 and was never seen alive again. His body was exhumed in 1997 at Ovcara alongside that of Radio Vukovar's technician, Branimir Polovina.

They were buried in March 1997, next to each other.