Migrants, Refugees Find Shelter Hard to Come by in Bosnia 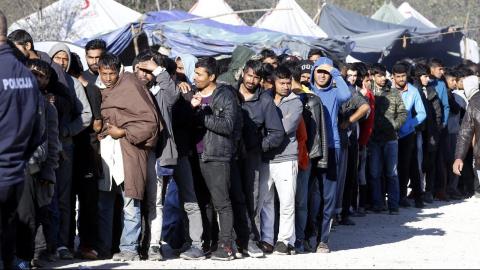 In an abandoned building near a train station in the north Bosnian town of Banja Luka, 25-year-old Afghan Mohammed is trying to keep himself warm.

It's mid-November, and the temperature is just a few degrees above freezing. Mohammed's jacket does not look like it was made for the cold Bosnian winter.

"I don't plan to stay here long," he said. Instead, he plans to travel 160 kilometres to the northwestern town of Bihac and cross the border into European Union member Croatia en route to France, where he has relatives.

Bihac is the easiest crossing point, he said. But, Mohammed told BIRN, "I've also heard that the Croatian police are dangerous, beating migrants and stealing their money and mobile phones. But I cannot give up now."

Mohammed will join an estimated 5,000 migrants and refugees in the wider Bihac area, some 700 of them in the now notorious Vucjak tent camp in a forest without access to electricity, running water or toilets. Another 2,000 are housed in reception centres Bira, near Bihac, and Miral, near the town of Velika Kladusa.

At Bira, those who escaped from Vucjak sleep on the ground outside, waiting in vain for space to open up inside.

Authorities of the Una-Sana Canton, which covers cover Bihac, had threatened to close both reception centres by November 15. Abandoning the idea, they have instead said they will enforce strict surveillance measures and a 24-hour curfew. No new arrivals will be admitted.

"Only those who permanently want to leave these centres will be able to leave them," Una Sana Canton Interior Minister Nermin Kljajic told reporters on Wednesday.

Smuggled under cover of night

‘Universal Enemy’: A Reappraisal of Jihadism through the Lens of Bosnia