Putin Hopes Trump Will Visit Moscow on May 9th 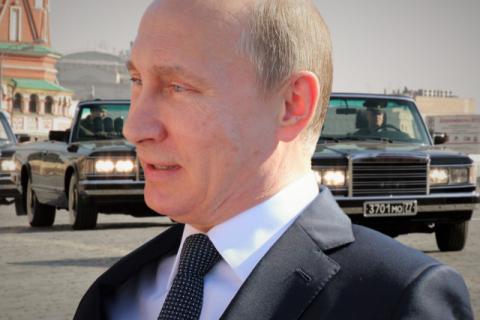 Russian President Vladimir Putin has expressed hope that his US counterpart, Donald Trump, will visit Moscow next year for the May 9 Victory Day celebrations and said Russia is ready for talks with the US, BTA reported.

"The presence of the leader of a country which made a major contribution to the fight against Nazism at a ceremony marking the end of World War II, even amid a pre-election campaign, would be a right step," Putin told reporters in Brasilia on Thursday on the sidelines of a summit of BRICS leaders from Russia, India, China, Brazil and South Africa, Bloomberg reported.

But he added that he has no plans to meet Trump at the moment.

Speaking about Syria, Putin acknowledged that the United States and Trump have contributed to the fight in Syria, but added that any observer can appreciate Russia's role, TASS reported. He also said that Russia did not consider the US military presence in Syria legitimate.

Putin also said that Russia has fulfilled its goals by launching an operation in Syria - namely to prevent a large number of trained and prepared combatants from entering the Russian territory.

The Russian president said there is still much work to be done in the Syrian province of Idlib.

The Head of State expressed hope that the Geneva peace process for Syria will be successful.

Speaking about Ukraine, Putin said that if the Ukrainian units return to the contact line, then the forces of Donbass will do the same.

More globally, Putin has called for a concerted effort by different countries around the world to fight terrorism because everyone is in danger.

He also suggested expanding the range of countries involved in arms control negotiations to include, in addition to Russia and the United...