Stoltenberg Thanked US President Donald Trump for his Commitment to NATO 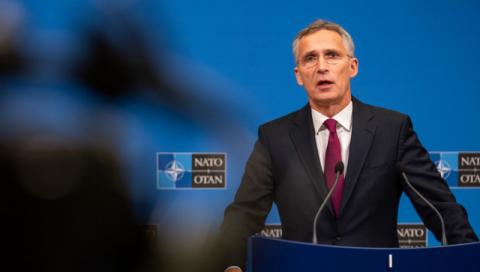 NATO Secretary General Jens Stoltenberg thanked US President Donald Trump for his strong leadership and commitment to the Alliance in a meeting at the White House on Thursday (14 November 2019), NATO said in a statement on its website.

Mr. Stoltenberg highlighted rising defence investment across European Allies and Canada, amounting to more than $100 billion extra in recent years, adding that Allies are determined to keep up the momentum.

The NATO Secretary General stressed the importance of the Alliance in the fight against international terrorism, including its training missions in Afghanistan and Iraq. He congratulated the US President on the operation in Syria, which killed the leader of the Islamic State group Abu Bakr al-Baghdadi.

After meeting with Trump, Stoltenberg told reporters at the White House that he welcomed the decision by the US and Turkey to begin negotiations to find a way out of the situation with Russian-purchased S-400 anti-aircraft missile systems, TASS reported.

Stoltenberg also participated in a meeting of the coalition fighting the Islamic State group in Washington.