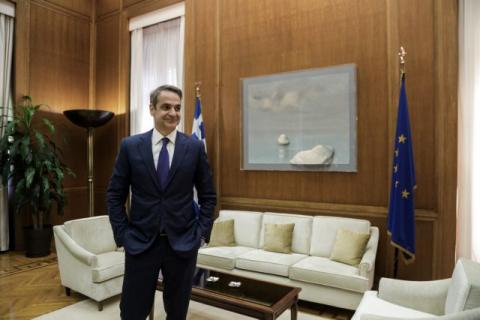 The new government which was elected on 7 July has been in office for five months and by all accounts has done substantial work.

Upon assuming its responsibilities from the first moment it moved swiftly, fashioned a modern model of governanace, took taxation and other measures, passed a new development law, addressed the PPC crisis, laid the foundations for the resolution of chronic problems in the areas of security and migration, supported changes, and set ambitious reform targets for the entirety of its four-year term.

It also also allowed the PM to move with greater ease abroad and seek a better stance from European partners and leaders of third countries who now view Greece from a different vantage point.

That was demonstrated during the PM's important visits to Germany, France, The Netherlands, and most recently China.

The truth is, however, that everything did not proceed perfectly.

The government was taken by surprise by the summer's strong migrant flow and was confronted by ever more aggressive Turkish demands in the Aegean and Cyprus.

The government was concerned by the stance of great powers toward Turkey and at the same time was pressured by the inability of certain ministers and deputy ministers to act with the necessary swiftness and effectiveness that the circumstances required.

At the moment, the PM's office is in the process of evaluating the work of ministers and deputy ministers and unjustifiable irregularities, dysfunctions, and delays have already been noted.

As an associate of the PM...