The Fall of Communism — and Social Democracy 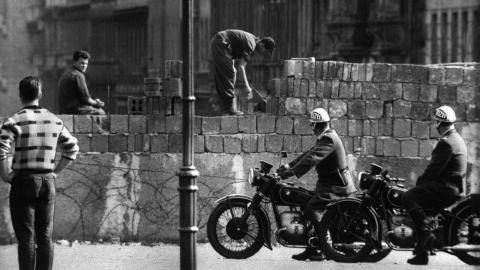 Over four decades, the Cold War had taken millions of lives in various theaters around the world (where the conflict was much hotter than its name suggests), and created a pretext for repression and elite dominance in dozens of countries across Latin America, Africa and Asia.

Yet for all its positive implications, the post-Cold War era also upended the Western social-democratic compact: the system of safety nets, regulations, universal public services, redistributive tax policies and labour-market institutions that had long protected workers and the less fortunate.

According to the political scientist Ralf Dahrendorf (as quoted by the late Tony Judt), that policy consensus had signified "the greatest progress which history has seen so far. Not only had it limited and then reduced inequality in most advanced economies; it also contributed to decades of sustained growth.

The economic growth of the post-war era was born of broadly competitive markets, which had been created through regulations to break the backs of monopolies and powerful conglomerates.

It also depended on a generously supported system of public education and government-funded innovation.

The proliferation of high-paying good jobs during this period was the result of labour-market institutions that prevented employers from wielding excessive powers over their employees; without such constraints, firms would have generated low-wage jobs with harsh working conditions.

Social democracy played an equally important role in politics. Its redistributive institutions and welfare-state programmes could not have survived without non-elites wielding political...

Slovakia Works to End the Corrupt Era of “Our People”