The frivolous Mr. Stiglitz: An open letter by Nicos Christodoulakis 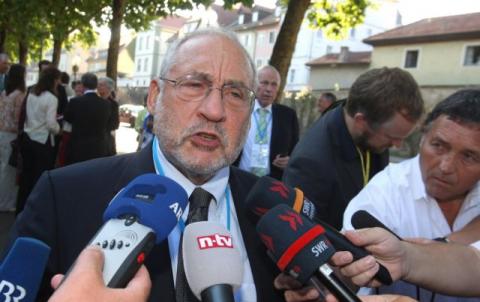 It was an unpleasant surprise to hear that you participated along with other US academics in preparing a plan for Greece to exit the euro in 2015. The feeling was even harder, since you still believe that it was "carefully set" and seem rather disappointed for not finally implemented.

As the overwhelming majority of the Greek people, most of Greece's European partners, and a series of wise American politicians - such as Barack Obama - believed that such a development would have been a disaster even greater than the crisis itself, I would like to bring forward certain issues that - with your experience and knowledge - might be further illuminated:

1. In 2001, you received the Nobel Prize for setting-up the foundations of the theory of "Asymmetric Information'. A key finding is that if certain players have more information than the plethora of market participants, the latter may suffer a serious blow on the event of sudden changes, while those timely informed will richly benefit. The Grexit plan obviously was common knowledge to the inner circle in which you participated, while hordes of speculators in the forex markets were gleefully dreaming of it.

By exchanging the funds already taken off the Greek banking system at the vastly devalued rates prevailing in the post-Grexit chaos, they were expecting to appropriate national assets at a fire sale. On the other hand, salaried employees, pensioners and small depositors with their savings kept in Greece would suffer a total disaster, as they were not entitled to the precious information. How exactly would you characterize this prospect in your theory, as being fraudulent, unethical, amounting to criminal speculation, or simply an...