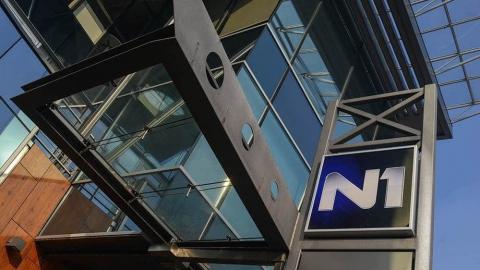 A Serbian journalist who publicly confronted President Aleksandar Vucic with allegations of government corruption has found himself the target of a storm of criticism by presidential aides, allies and pro-government media after Vucic was hospitalised with heart problems hours after their exchange.

Opening a children's park in Belgrade on Friday, Vucic was pressed by Miodrag Sovilj, a reporter for regional CNN-affiliate N1, over the alleged role of Interior Minister Nebojsa Stefanovic's father in the suspect purchase of state-produced arms.

Sovilj tried to show Vucic a document on his mobile phone, which was published by BIRN and demonstrates Branko Stefanovic's role. The president said he could not read it but that he could see messages on Sovilj's phone instructing him what questions to ask.

Hours later, Vucic's cabinet announced that the 49-year-old president, leader of the ruling Progressive Party and the most powerful politician in Serbia, had been taken to hospital with cardiovascular problems. He was later discharged and announced he would be back at work on Monday.

Aides and allies of Vucic, a former ultranationalist information minister under late Serbian strongman Slobodan Milosevic, swiftly turned on Sovilj, in what the reporter said was a classic attempt under the Progressives to intimidate the press.

Presidential media adviser Suzana Vasiljevic, speaking to pro-government Pink Television, accused Sovilj of "provoking the president" and being rude by "pointing the phone at Vucic's face".

Progressive Party lawmaker Vladimir Djukanovic went further, saying that if a journalist had behaved in such a way towards French President Emmanuel Macron, "he would be shot."

'See what can happen to you'

Last Despatches: Photographer Who Captured Life and Death in Sarajevo