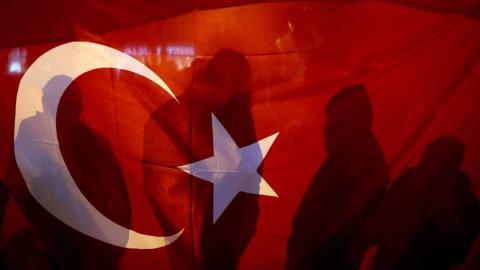 Burak Bilgehan Ozpek, a professor of international relations at Ankara's TOBB University, said that, like the issue of Syrian refugees and their flow through Turkey to the European Union, Turkish President Recep Tayyip Erdogan would use the ISIS fighters as leverage for Western acquiescence to his policy on neighbouring Syria.

"Along with the refugee card, former ISIS fighters and their families are another lever for Erdogan in his relations with the West," Ozpek told BIRN.

"Erdogan tries to show to European countries which did not support Turkey's military operation that Turkey is part of the European security system over this issue."

Ankara: We're not a hotel for terrorists

Turkey's military intervention in Syria in October, hot on the heels of a US withdrawal, has injected new uncertainty into the issue of ISIS fighters and their families from Europe. Turkey says it is acting against 'terrorists', including ISIS.

"We are not a hotel for any country's terrorists," Turkish Interior Minister Suleyman Soylu said on November 13 as Erdogan met US President Donald Trump at the White House. "The EU and others do not have a policy for them but we have and we will implement it."

It is not known exactly how many ISIS fighters and family members are originally from the Balkans, but most come from Kosovo, Bosnia, Albania and North Macedonia, while a smaller number are citizens of Montenegro and Serbia.

Kosovo and Bosnia have accepted some of their nationals who fought in Syria and are making preparations to receive others.