PM Borissov with an Unique Gift to President Donald Trump 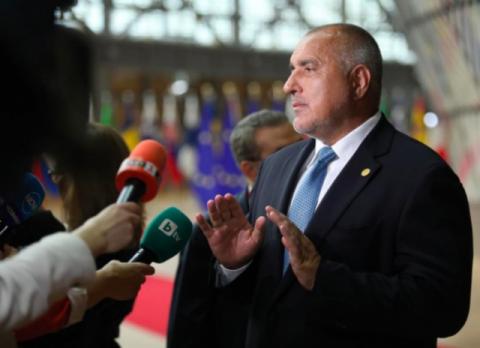 Prime Minister Boyko Borissov has revealed what a gift he will give to President Donald Trump during his upcoming visit to the White House on November 25th. The gift for the US President will be produced in Gabrovo and will be unique.

"One of the factories in the town will make a special hunting rifle for President Trump and we will give it on behalf of Gabrovo. The rifle will be unique", Borissov said during an inspection of the bypass of the sub-Balkan city.

The news that Prime Minister Boyko Borissov will meet with Donald Trump in Washington was reported earlier this month by the White House.

"President Donald J. Trump will welcome Prime Minister Boyko Borissov of the Republic of Bulgaria to the White House on November 25, 2019, to celebrate the strong and enduring relationship that exists between the two nations.  The United States and Bulgaria are NATO Allies and the President looks forward to discussing ways to strengthen the two nations' common security interests, especially in ensuring stability in the Black Sea region, facilitating energy diversification, and countering malign influence threatening Bulgaria's sovereignty. President Trump looks forward to Prime Minister Borissov's visit and celebrating the ties that underpin the bilateral relationship." the White House said in a statement.