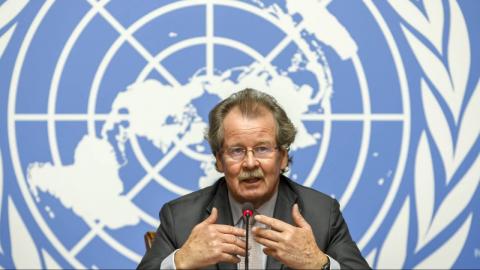 More than three quarters of children living in state institutions in Serbia are children with disabilities, according to the latest United Nations Global Study on Children Deprived of Liberty.

At 77 per cent, Serbia ranks joint third with Hungary behind Turkmenistan and China in a total of 57 countries analysed.

There were no figures for Kosovo or Montenegro.

Serbia has long faced criticism over the issue.

In June 2018, rights watchdog Human Rights Watch said it regretted "to see an increase in the number of children with disabilities placed in institutions in Serbia".

"We call on the government to adopt a time-bound plan to move children and adults with disabilities out of institutions and to support them to live in the community," the rights watchdog said in a press release.

In 2016, the UN Committee on the Rights of Persons with Disabilities, CRPD, also expressed deep concern about the number of children living in institutions in Serbia, "especially those with intellectual disabilities".

"The Committee is equally concerned that, despite the legal prohibition on placing infants under the age of three in institutions, infants with disabilities continue to be placed in institutions directly from maternity wards," it warned.