Tobacco smoke is the enemy, not smokers, says Greek PM 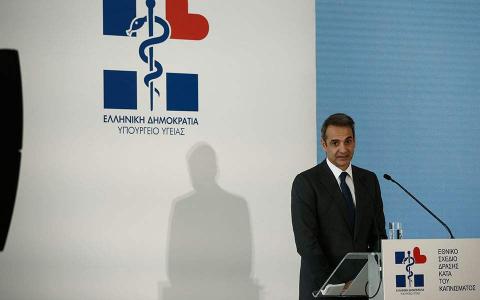 Greek Prime Minister Kyriakos Mitsotakis hailed the Health Ministry's National Action Plan Against Smoking as a "bold initiative for protecting public health," at its presentation in Athens on Tuesday.

"The enemy is tobacco smoke, not smokers," Mitsotakis said, pointing out that other countries have succeeded in banning smoking in public spaces and Greece can do the same by enforcing much-flouted legislation that was originally introduced in 2009.

"Eleven acts of legislation, presidential decrees and ministerial decisions in 10 years, with zero results: This is the sad account of the indoor smoking ban, supposedly enacted in 2009," Mitsotakis said.

Citing official figures, Mitsotakis said that 94.6 percent of the population is exposed to passive smoking in one way or another as a result of the failure of successive governments to impose the ban. One in six boys...