Mitsotakis in Zagreb for EPP congress 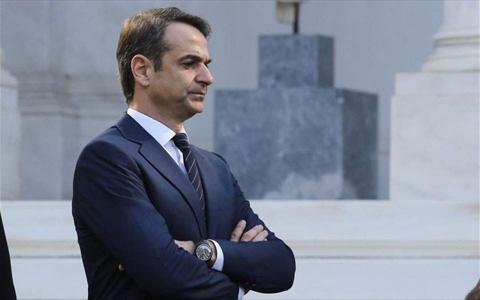 Greek Prime Minister Kyriakos Mitsotakis is in Zagreb on Wednesday for the statutory congress of the European People's Party (EPP) which will be held in the Croatian capital November 20-21.
The EEP, which brings together more than 80 parties and partners as well as the presidents of the European Commission and the European Council, will elect its new leadership during the congress. It will also discuss recent developments in the western Balkan region, climate change and policies to empower young people.
Mitsotakis will on Wednesday meet with the EU's chief Brexit negotiator Michel Barnier, Romanian Prime Minister Ludovic Orban, Norwegian Prime Minister Erna Solberg and former Austrian chancellor Sebastian Kurz.
On Thursday, the Greek premier will hold talks with his Croatian counterpart Andrej Plenkovic, before attending a climate change panel at 11 a.m.
...

Golden Visa investors forced to wait instead of being assisted

Can we live without stereotypes?

Remembering those who were slaughtered at Auschwitz