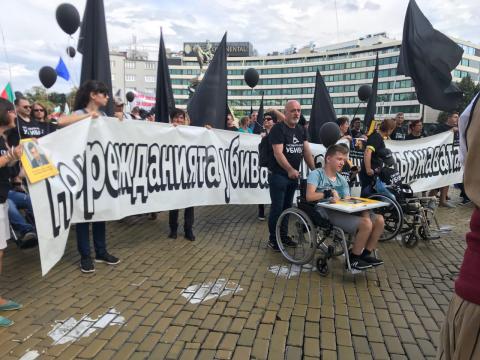 A push to integrate children with disabilities in Bulgaria, taking them out of squalid and often isolated state institutions, has not led to significant change in the way they are cared for, while the conditions they live in still fall short of those required under international law, Disability Rights International, DRI, said in a report published on Thursday.

The report, based on interviews with state and non-state actors, stakeholders, as well as families of children with disabilities and a number of children themselves, paints a damning picture of the social care system in European Union member Bulgaria.

"While the buildings are better, everything else remains the same," an anonymous former international NGO professional who trained Bulgarian staff in new 'group homes' was quoted as telling DRI, an international rights body.

The report condemns the conditions in which about 1,000 Bulgarian children with disabilities live in the so-called group homes created to replace often Communist-era state institutions where children were kept in dire conditions away from the rest of Bulgarian society.

"While extensive resources have been invested in moving from large to small buildings, little effort has been made to promote true inclusion in families or society at large," said the authors of the report, concluding that the state had failed to create a working system of community support, inclusive education or transition to independent living for the country's disabled children.

Some 'never go outside'

The DRI research team described sometimes appalling behaviour by care staff in some of the group homes they visited.

"In one facility children had shaved heads," it said. In another, "we observed two cages for...