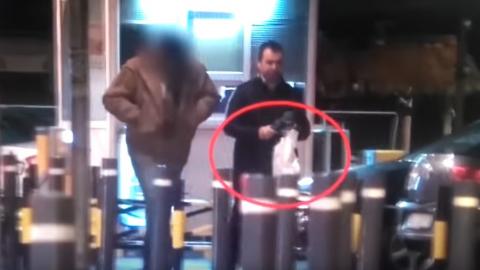 A clandestine meeting, bags exchanged, cash in an envelope - Russia appeared to have been caught red-handed this week in an espionage operation targeting the Serbian army.

The jury is still out on how far the scandal might rock relations between Russia and its closest ally in the Balkans. But one thing is certain - it is not the first, nor is it likely to be the last Russian espionage row to hit the region.

Below, BIRN takes a look at the most prominent spy ops pinned on Moscow:

Andrija Mandic, a leader of the pro-Russian Democratic Front, who was sentenced to five years in prison for the coup plot. Photo: EPA/BORIS PEJOVIC

Arguably the biggest came in 2016, when Montenegro accused Russian military intelligence officers of orchestrating a coup attempt involving the pro-Serbian opposition and aimed at halting the country's accession to NATO.

Moscow dismissed the allegations as anti-Russian paranoia, but in May this year, a Montenegrin court sentenced Russian military intelligence staffers Eduard Shishmakov and Vladimir Popov - in absentia - to 15 and 12 years in prison respectively.

The trial also found 11 other Serbs and Montenegrins, including two opposition leaders, guilty for plotting to commit "terrorist acts" and undermine the constitutional order of Montenegro.

The trouble started on October 16, 2016, as the country voted in a parliamentary election.

Police arrested a group of 20 people, including the former head of Serbia's Gendarmerie, Bratislav Dikic, and the pro-Western government under Milo Djukanovic announced it had foiled an attempted Russian-backed coup.

The aim, it said, was to bring pro-Russian parties to power and...