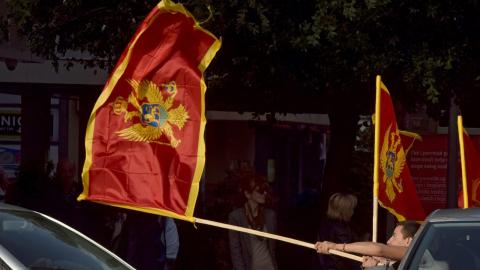 The proposed new Law on the Use of National Symbols was submitted to the Montenegrin parliament on Friday after controversy caused by fines imposed on people for flying the Albanian flag.

While Montenegro currently does not forbid ethnic minorities from displaying their own national symbols, it requires that they also display the Montenegrin national flag alongside them or face fines of between 100 and 500 euros.

In August, Montenegro's Ministry of Culture also announced charges against the organisers of a concert near the predominantly Albanian-populated town of Tuzi over the use of the Albanian national flag.

The Albanian Forum, a coalition of parties which is part of Montenegro's government, argued however that the flag that was displayed was the "flag of all Albanians, not a foreign state".

Last year, a group of Albanian tourists was fined 230 euros for waving an Albanian flag in the coastal city of Budva.

Montenegro is a multi-ethnic state...