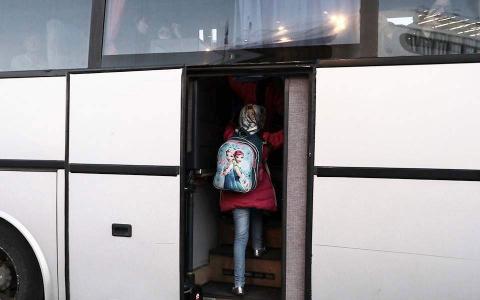 Prime Minister Kyriakos Mitsotakis has outlined a program to support some 4,000 unaccompanied minors among refugees and migrants living in Greece.

After having criticized other European Union member states for failing to display solidarity in tackling the migration problem, Mitsotakis on Sunday heralded the creation of a program called "No Child Alone" aimed at relocating some 4,000 child migrants currently living in island camps to more civilized conditions as well as legal aid to help reunite them with relatives who have traveled on to other European countries.

The program, he said, would be managed by his own office, noting that the plight of child migrants and refugees is "a wound of the migrant crisis that we can heal immediately by ourselves."

"Our civilization, our humanity, our sensitivity and tradition dictates that we do so."

Emmanuel Macron: Brexit is a "Sad Day" and a "Lesson for us all"

Folli secures Links of London brand in deal with administrator

Half of Cypriots proclaim themselves cybercrime-proof

A memorandum for soccer