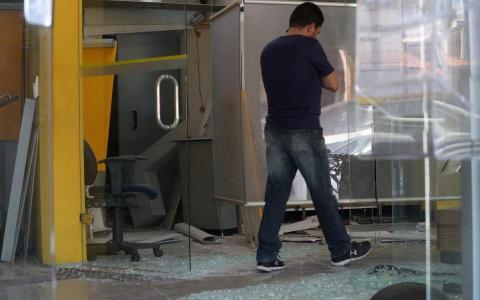 Police on Monday were seeking the perpetrators behind a smash-and-grab in the Athens suburn of Aghios Dimitrios in the early hours of the morning, the latest in a string of such incidents.

According to investigators, unidentified assailants drove a car through the facade of a bank branch on the suburb's main thoroughfare at around 4.30 a.m. They then used a homemade explosive device to blow open an ATM on the premises and fled with an undetermined cash they removed from the machine.

The intrusion caused widespread damage to the premises but no injuries as the bank had been closed at the time.