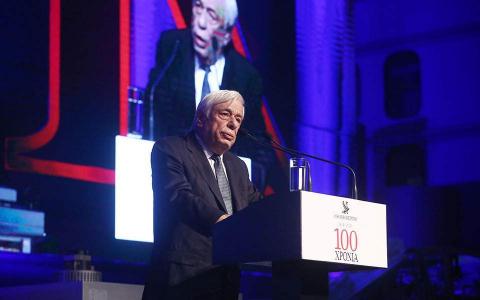 Greek President Prokopis Pavlopoulos on Sunday underlined the importance of defending democracy and the freedom of the press at an event commemorating the 100th anniversary of Kathimerini newspaper.

"Freedom, every kind of freedom, acquires its full meaning not only when we exercise it but particularly when we defend it from those who seek to undermine it," he said and hailed the newspaper's course over the past century, including its resistance to the country's junta which fell in 1974.

Prime Minister Kyriakos Mitsotakis, who also addressed the event, remarked that Kathimerini's role would gain even greater significance in the second century of its life "as Greece is opening its wings to a new world with optimism and hope."