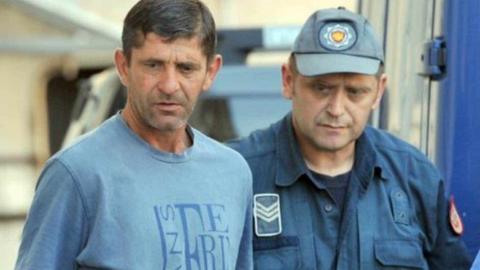 Montenegro's Court of Appeal on Wednesday upheld the verdict sentencing ex-soldier to Vlado Zmajevic to 14 years in prison for war crimes against the civilian population in Kosovo.

Zmajevic, who was a member of Yugoslav Army forces fighting in Kosovo, was found guilty of the murder of four ethnic Albanian civilians in the village of Zegra near Gjilan/Gnjilane during the war in 1999.

Court of Appeal spokesperson Ivana Perovic told media that that Wednesday's judgment is final and cannot be appealed.

The presiding judge at the first-instance trial, Dragoje Jovovic, said in June that the evidence presented by witnesses proved without doubt that war crimes were committed.

He said that Zmajevic himself acknowledged this during the investigation, although he later went on to deny it.

But Zmajevic's lawyer Ljiljana Koldzic said she was "shocked" by the verdict because she believed her client was convicted without any evidence.

Ljoro Markic, a lawyer for the victims' families, said he thought the prison sentence was inadequate.

Zmajevic was arrested by Montenegrin police in 2016 in the town of Niksic.

This was a rare war crimes trial in Montenegro; the country's judiciary has tried only six cases so far. The others concluded by 2013, with the majority ending in acquittals.