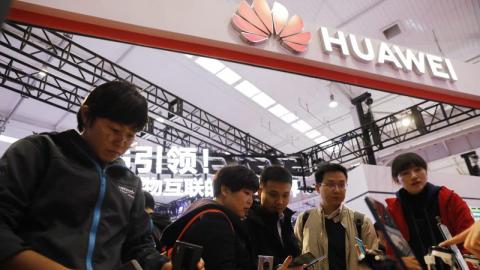 The Balkans, ever the playground for Great Power rivalries, finds itself in the midst of a new and unusual 'war'. It is the 'tech war' being played out between the US and China, in particular over who controls global tech infrastructure and the standards upon which it is built. At the centre of these battles has been Chinese tech company Huawei, which has been subject to US government sanctions.

While the sanctions placed on Huawei by the US administration have hurt the Chinese tech giant, the Balkans has proved an area where the company has made significant inroads. Indeed, it has invested significant effort into getting a foothold in the Balkans, particularly Serbia. As Vuk Vuksanovic argues in his comment, Huawei's interest in the Balkans is not just down to market logic - rather, it hopes that the region can be a useful springboard for penetrating Europe.

Bosnia expects the return of several hundred of its citizens, mostly women and children, from Syria. Most are currently living in Kurdish controlled camps in parts of Syria formerly controlled by ISIS, having left Bosnia either to fight for or live in the ISIS-run 'Islamic State'.

To date, Bosnia has focused on the security aspects of bringing back this group of people, and has achieved a decent level of preparedness by most accounts. Yet other sectors - such as social work, healthcare or education - which will be vital to their successful reintegration and resocialization, have largely been neglected. Our analysis looks into what is being done on these fronts.