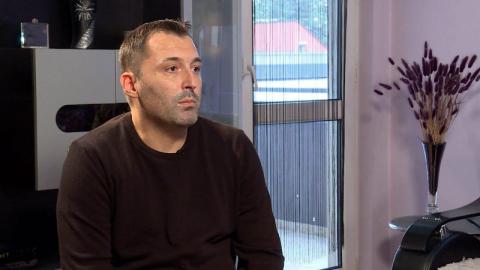 The 'Freedom for Aleksandar' campaign and the '1of 5 million' NGO on Monday handed over a petition with over 30,000 signatures to the Serbian prosecutor's office calling for the release of Aleksandar Obradovic.

"The prosecution must decide on the defence lawyer's motion for the release [of Aleksandar Obradovic] from house arrest, and cannot, like Pontius Pilate, wash its hands and let the court decide," Savo Manojlovic from the Association for the Protection of Constitutionality and Legality said at a press conference held by the campaigners in front of the prosecution building in Belgrade.

Obradovic's wife Kristina Obradovic told the press conference that she expects her husband will be released and called on judicial institutions "to act according to their conscience".

Serbian police arrested Obradovic on September 18 at his office in the state-owned arms factory in Valjevo on suspicion that he had revealed trade secrets by leaking documents that showed how a private company linked to Branko Stefanovic, Interior Minister Nebojsa Stefanovic's father, purchased cut-price arms from Krusik, a Serbian publicly-owned arms producer.

The Prosecutor for the Cyber Crime said that Obradovic is suspected of tampering with business intelligence.

On October 14, under media and public pressure, he was transferred from the jail to his home in Valjevo, where he remains under house arrest with the new decision on his potential release expected to be...

Many socialists would "fly over" to the SNS?

Kon: The vaccine will not provide the safest protection; Masks for a longer period