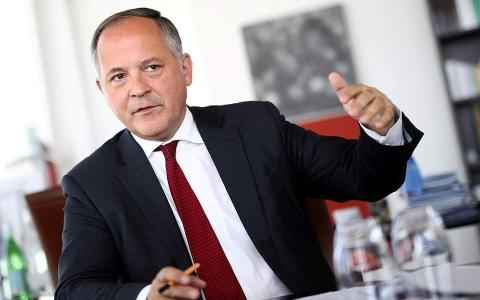 In his last interview as a member of the executive board of the European Central Bank, French economist Benoit Coeure said that helping keep Greece in the euro was one of the highlights of his eight-year stint at the ECB.

"When the Greek government was close to bankruptcy, we ensured the continued financing of the Greek economy and of Greek banks - which had lost access to the markets and to their own savers following a capital flight - while respecting the political will of euro area governments that the assistance to Greece should be conditional," he told France's Liberation in an interview published on Tuesday when asked about what acomplishments he was most proud of.

"Our actions ultimately allowed Greece to remain in the euro. There were those who wanted to make the ECB responsible for Greece leaving the euro area, but we resisted that!," he added.