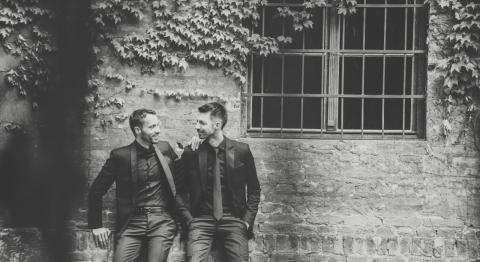 In what campaigners call a "historic decision" for LGBT rights in Croatia, the Zagreb Administrative Court on Thursday ruled that a same-sex couple, Ivo Segota and Mladen Kozic, have the right to become foster parents.

Rainbow Family Association, which gathers LGBT couples and individuals who have or want to have children, hailed the ruling on Friday. "This is the first time that a court in the Republic of Croatia has upheld the international case-law and rulings of the European Court of Human Rights, according to which same-sex couples must be equally legally treated as heterosexual couples," it said.

The ruling obliges the Ministry of Demography, Family and Social Policy, which initially denied their request to be foster parents, to repeat the process within 60 days and make a new, non-discriminatory decision on their case.

Segota told Jutarnji List daily on Thursday that, after interviews and the psychological assessment process, they had received a positive opinion from the competent services - but got no response after the procedure.

In December 2017, the social welfare centre informed them that there were no legal conditions for launching a permit procedure because they were in a "life partnership", the legal term for a same-sex marriage in Croatia.

"We immediately complained to the ministry about the decision of the centre but it rejected our appeal. We had no option but to start legal proceedings," Segota said.

Daniel Martinovic, from Rainbow Family, said Segota and Kozic are not the only couple who want to foster children and have been rejected by the ministry.

"Their courageous act, public appearance and assent to this legal battle, during which they had the full support of the Rainbow Family Association...