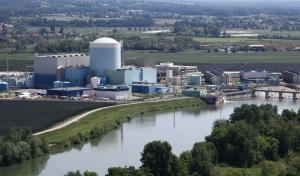 The debate on a second reactor gained momentum in August as PM Marjan Šarec visited NEK, the only N-plant and one of the biggest electricity producers in Slovenia, unequivocally supporting the country's nuclear energy future.

Strongly in favour of a second reactor, NEK and its Slovenian owner GEN Group understand Šarec's statement as support for their plans, even as some media have suggested it was meant primarily to test public opinion.

A debate on whether to replace the Slovenia-Croatia owned NEK with a new reactor, usually referred to as NEK 2, or renounce nuclear energy has been going on for over 15 years.

The Janez Janša government listed NEK 2 among national development projects in 2006, assessing its cost at EUR 2 billion and construction work launch in 2015.

GEN Energija has already invested EUR 16 million in various studies on NEK 2, but...