Scholz: Tax on share dealing may be extended to other assets 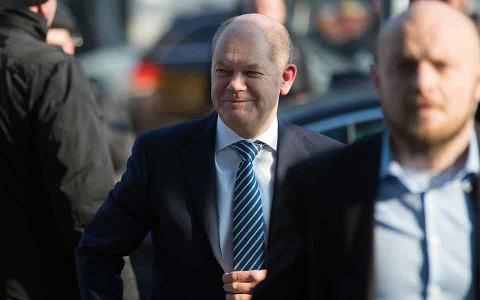 The financial transaction tax on share dealing that 10 European countries hope to introduce from 2021 could be extended to cover trading in riskier assets, German Finance Minister Olaf Scholz said.

His plan for a tax of 0.2 percent of the transaction value of purchases of shares in large companies was widely criticized when floated this month, with critics angered that it excluded the volatile, leveraged instruments that they believe drive market instability.

But Scholz told the Funke newspaper consortium in an interview on Saturday that extending the tax to other asset classes would require a broader European consensus.

Apart from Germany, which wants to use the tax to finance a 1.5 billion euro plan for a minimum pension, the countries that plan to introduce the tax are Austria, Belgium, France, Greece, Italy, Portugal, Slovakia, Slovenia and Spain.
...