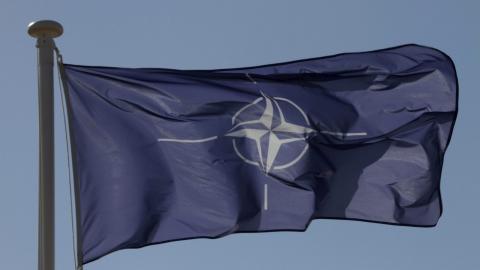 Even by these standards, though, political developments over the last month have been startling. To begin with, while we do not know the exact contours of the deal that finally allowed Tegeltija to assume his post, it is clear that a breakthrough was made about Bosnia's Atlantic accession prospects.

Having spent much of the last four years promising that Bosnia's NATO membership or even any increased proximity to NATO was a non-starter for his Alliance of Independent Social Democrats, SNSD, Milorad Dodik, the Serb member of Bosnia's state presidency, agreed to a comprehensive "Reform Program".

Member of the presidency of Bosnia and Hercegovina Milorad Dodik. Photo: EPA-EFE/ANDREJ CUKIC

From what we can gather, this document envisions major security reforms very much in line with the Annual National Program, ANP, the next step required by NATO for Bosnia to inch closer towards membership, and whose adoption Dodik's party has obstructed for the last 14 months.

Whether this is true or not will ultimately be decided by NATO itself, which will review the document in question once the full Council of Ministers is constituted. If NATO determines that Bosnia has provided information equivalent to the ANP and can thus be seen as having taken a step towards full membership, the issue of its name will be moot.

If that is the outcome, Bosnia's pro-NATO leaders would do well to not rub Dodik's face in it. After all,...