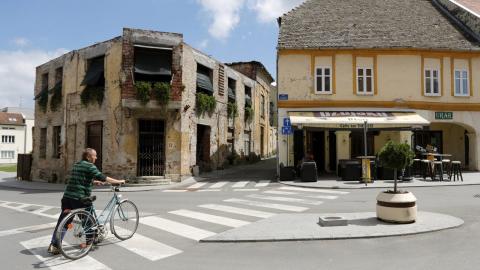 Hate crimes and hate speech towards Croatia's Serb minority have blighted the year in the country, and although there are no statistics available on the number of incidents, several very serious ones have been reported during 2019.

At the very beginning of the year, Croatian Serbs received an insulting "Orthodox Christmas greeting" from a ruling party member who is also a lawmaker's son.

Ivan Djakic, the son of Croatian Democratic Union, HDZ MP Josip Djakic, posted a private Facebook message on January 7 with a photograph of a World War II fascist Ustasa movement fighter holding the severed head of a Serb soldier, with the message: "Happy Christmas to all Serb 'friends'."

His message caused widespread condemnation, and after six months he was sentenced to 11 months of probation for hate speech and for another crime that he committed earlier - an attack on a journalist.

However, Croatian Serbs faced much more serious problems in 2019 than virtual insults.

In February, a group of men attacked three Red Star Belgrade water polo players in the coastal city of Split. Then in June, a group of five men, members of Hajduk Split's hardcore fan club Torcida, attacked four seasonal workers in the town of Supetar on the island of Brac. Two of the workers were Croatian Serbs, singled out by the attackers the dialect they were using.

Two separate attacks on Croatian Serbs then took place in August. The Serbs were watching a Red Star Belgrade football match in bars in the villages of Uzdolje and Djevrske when their assailants burst in. Five people, including a minor, were lightly injured. In December, Sibenik Municipal State Attorney's Office indicted 15 men who allegedly took part in the incident for committing a hate crime.