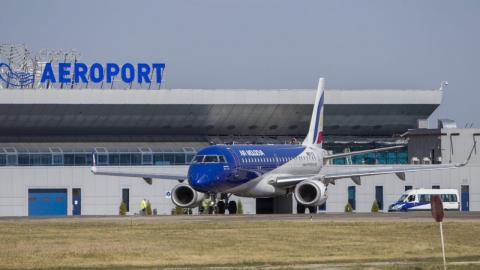 NR Investments Ltd, a company owned by British billionaire Nat Rothschild, on Sunday said that it was pulling out of its troubled investment in the main airport in Moldova following months of disputes.

The company said it was giving up 95.95 per cent of Avia Invest, the company that run Chisinau International Airport.

"NR Investments Limited confirms that today it has disposed of its interest in Komaksavia Airport Invest Ltd and no longer holds an indirect interest in Avia Invest S.R.L.," the company said in a press release cited by the media on Sunday.

It did not mention the buyer. But Moldovan media wrote that the likely new owner was Russian oligarch Andrey Goncharenko, CEO of a Gazprom subsidiary and owner of four central London estates, including Hanover Lodge, the most expensive house in the United Kingdom, bought for 120 million pounds.

Goncharenko acquired his fortune in the 1990s in the Russian property, forestry and transport sectors before later becoming president of part of Gazprom, the Russian state-owned energy giant.

Avia Invest and Rothschild concluded their agreement on August 19 under which NR Investments Ltd bought 95 per cent of the concession company running the airport.

The purchase was troubled from the start. The former pro-EU prime minister, Maia Sandu, announced on August 24 that the prosecutor's office had seized the assets of Avia Invest as part of a probe into allegedly fraudulent state sell-offs, which is why no one could take over the concession contract. On September 4, the government also repealed several decisions approved in the 2012-2013 period, which had led to the concession of the airport.

Despite these hostile moves, on August 29, the Rothschild family company announced that it had...