Because of the Fire: No Christmas Service at Notre Dame 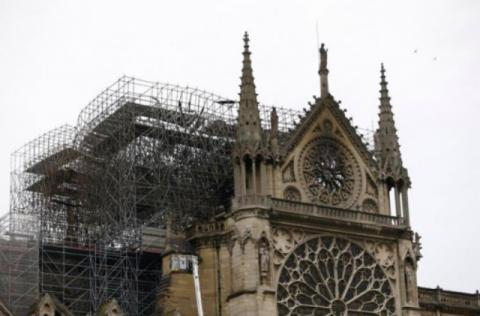 For the first time in more than two centuries, there will be no Christmas service at the Notre Dame Cathedral in Paris.

The cathedral suffered a severe fire in April this year. Eight months later, repair works at one of the most famous Christian temples continues.

Notre Dame is inclided in UNESCO World Heritage Site List. The cathedral was always open for Christmas, even during the Nazi occupation.

It was last closed in the late 18th and early 19th centuries during the anti-Catholic part of the Great French Revolution.