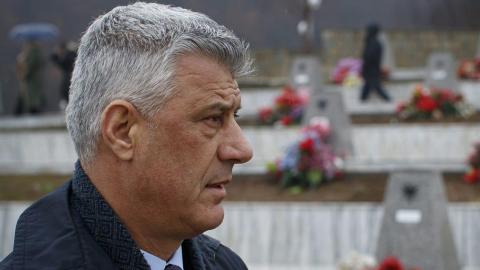 Although this initiative appears new and has received a lot of attention in the media, the idea of Western Balkan countries coming closer together was in fact first floated at a regional summit in 2017 in Trieste, Italy.

The "mini-Schengen" initiative has not yet come to life; the arrangements are not yet operational and implemented. The agreement is expected to enter into force in 2021. One thing is clear; however, for it to be successful, all Western Balkan countries must be on board.

In Kosovo, the so-called "mini-Schengen" agreement is viewed with scepticism mainly because of the belief that it will distract Kosovo from a future inside the EU. President Thaci stated that he had refused the invitation of Albanian Prime Minister, Edi Rama, to attend the third meeting in Tirana because Serbia does not recognize the independence of Kosovo and the victims of Kosovo war.

Thaci has been the longest serving prime minister of Kosovo in two legislatures, ever since Kosovo declared independence in 2008. He has met his Serbian counterparts in the Brussels negotiations several times. He has had plenty of time to document Serbian crimes in Kosovo and demand justice for the victims of war during the Brussels talks. The fact is, he never did.

In reality, Kosovo never had a clear EU perspective and will never have an EU future without finalizing a comprehensive peace agreement with Serbia and convincing the remaining five EU member countries to recognise its independence. Alongside these two major obstacles, Kosovo also faces an array of problems such as high corruption, a fragile rule of law, high unemployment and a low...