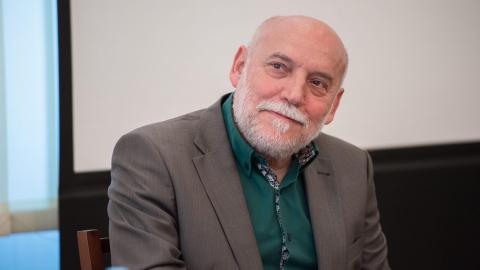 Two months had then passed since the fall of the Berlin Wall. Central and Eastern Europe had started to enjoy the long-awaited freedoms they were denied for half a century by their Soviet masters.

But as that part of the continent was festively breaking free from its shackles, Romania remained untouched by the winds of change under the monolithic rule of a recalcitrant megalomaniac.

Hoping for a miracle, while preparing for another bleak Christmas of cold and privation, Romanians followed what was happening beyond their borders on Radio Free Europe and the now reformed broadcasters of neighbouring countries.

"Romanian television broadcasted for only two hours a day. It was the Comrade [Ceausescu] speaking non-stop, and then it was over," recalled Cassian Maria Spiridon, a writer and poet who lived in the northeastern city of Iasi and then worked as an engineer.

Romanians from that part of the country got some information about the outside world from the nearby Soviet Republic of Moldova, whose national broadcaster could be tuned in to, and did cover the events shaking Europe in those days.

"That's how we knew about perestroika and about glasnost," Spiridon told BIRN in a Bucharest restaurant, "and people expected something to happen here as well."

To enable that "something" to happen in the country, Spiridon and a group of like-spirited anti-Communists decided to form an organisation, the Romanian National Front, an obviously illegal entity in one-party Romania, which they would use to call on fellow citizens to demonstrate against Ceausescu.

"Each of us had to bring three trusted friends, who in turn would bring three more friends, and so on," Spiridon said, describing how they tried to multiply the reach of their call...