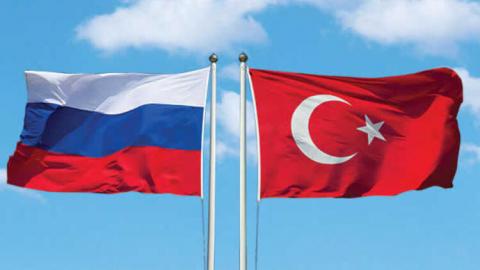 The talks were held at the level of deputy foreign ministers, Russia's Mikhail Bogdanov and Turkey's Sedat Önal headed the delegations, the ministry said in a statement published on its official website.

As a result of "mindful exchange of views," the two countries agreed to continue contacts on Libyan issues, including "possible assistance to the early settlement of the crisis in the country," the ministry said.

On Nov. 27, Ankara and Tripoli signed two separate memorandums of understanding: one on military cooperation and the other on maritime boundaries of countries in the Eastern Mediterranean.

The maritime pact asserted Turkey's rights in the Eastern Mediterranean in the face of unilateral drilling by the Greek Cypriot administration, clarifying that the Turkish Republic of Northern Cyprus also has rights to the resources in the area. It went into effect on Dec. 8.

Since the ouster of late leader Gaddafi in 2011, two seats of power have emerged in Libya: one in eastern Libya supported mainly by Egypt and the United Arab Emirates, and another in Tripoli, which enjoys UN and international recognition.