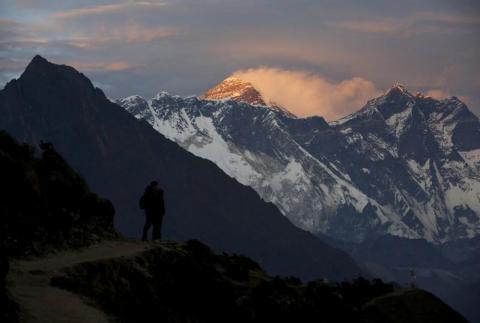 Montane ecosystems, which host unique habitats, endemic wildlife species and also play a crucial role in human life, are under a number of threats.

In 2003, the U.N. General Assembly designated Dec. 11 as "International Mountain Day" in order to encourage the international community to organize events to stress the importance of sustainable mountain development.

"The distribution of the mountains on Earth, in which 90% of them stay along linear lines, demonstrates that mountains are not a land form that randomly occurred," Abdurrahman Dokuz, an expert on geology at Turkey's Gümüşhane University, told Anadolu Agency.

Defining mountains as terrestrial areas with a high and sloping topography compared to the areas around them, Dokuz said the four main types of mountains are folded or complex, fault-block, volcanic and upwarped.

"Folded mountains, which are also known as compressive mountain belts, rise along the boundaries of the continental lithosphere plates approaching each other...the Alpine-Himalayan Belt, Ural Mountains, Appalachians and Caledonites are the most beautiful examples of them," he said.

Regarding fault-block mountains, Dokuz said they develop along the boundary of the plate, and since the continental lithosphere plate tried to extend along these lines, it is eventually divided into two.

"Volcanic mountains are mountains that develop due to volcanism, which is an earth phenomenon that occurs when molten rock material reaches the earth as lava or superheated rock particles," he said.