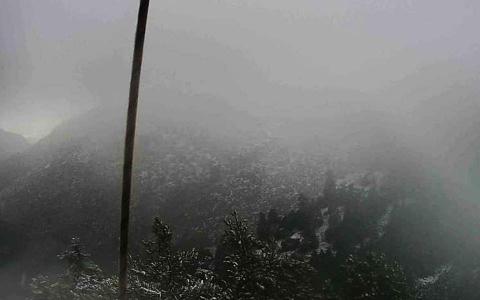 The slopes of Mount Parnitha, north of Athens, were covered with snow on Thursday after temperatures dipped on Christmas Day.

According to meteo.gr, the cold snap that gripped parts of the mainland on Thursday was not associated with a cold weather front, dubbed Zinovia, that is forecast for the following days.

That front is expected to bring a significant further drop in temperatures is expected from Sunday onwards - of as much as 10 degrees in some parts.