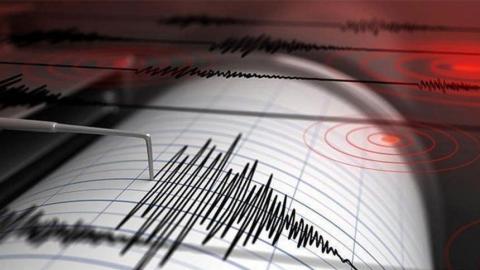 A 4.9-magnitude earthquake on Dec. 27 jolted the eastern Turkish city of Elazığ, according to the country's disaster and emergency body.

On its website, the Disaster and Emergency Management Presidency (AFAD) said the quake occurred at 10.02 a.m. local time (0702GMT) at a depth of seven kilometers (4.3 miles), with its epicenter below the Sivrice district.

Only one empty building was reported to have been destroyed after the quake.

No loss of life was reported, according to Çetin Oktay Kaldırım, the provincial governor of Elazığ. "We are monitoring developments," he told Anadolu Agency.

The tremor was also felt in nearby provinces including Malatya, Adıyaman, and Şanlıurfa, with schools suspended for the day in Elazığ as a precautionary measure.

Turkey is one of the most seismic areas in the world, with major cities such as Istanbul, İzmir, Adana, Erzincan sitting near a major fault line.

The 1999 quake had a magnitude of 7.4 and hit the Marmara region, the most industrial and densely populated region of the country, killing more than 17,000 people.