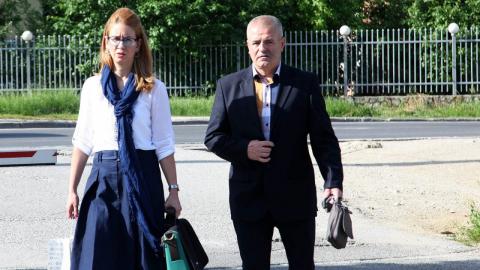 The Bosnian Prosecution on Friday appealed the verdict acquitting Ahmet Sejdic of war crimes in Gorazde and Rudo in 1992 to 1993, while the defence called for the dismissal of the appeal.

The Prosecution said the first-instance verdict violated a number of procedures and the law and was based on incorrect and incomplete fact-finding. It called either for a new trial, or for a conviction.

The former commander of the First Visegrad Brigade of the Bosnian Army was cleared in July after a three-year trial of the unlawful arrest and inhumane treatment of Bosnian Serb civilians and prisoners-of-war in Rudo and Gorazde in eastern Bosnia in 1992 and 1993.

He had been accused of unlawfully arresting Bosnian Serb civilians from the village of Bucje in Gorazde municipality in July 1992, of forcibly displacing them, inhumane treatment and torture, as well as pillaging their property.

He was also acquitted of issuing an unlawful order to captured members of the Bosnian Serb Army to remove 24 mines with their bare hands from a tunnel in Donja Strmica in Rudo municipality in January 1993, during which two captives were injured.

Appealing the acquittal, Prosecutor Vladimir Simovic said the trial panel had only allowed him to hear four of 11 planned witnesses.

According to him, the first-instance verdict contained no decisive facts and ignored statements made by prosecution witnesses from the Bucje and prisoners-of-war in Rudo.

Simovic said the identity of the persons who committed these inhumane acts, as well as the accused himself, had been clearly established.