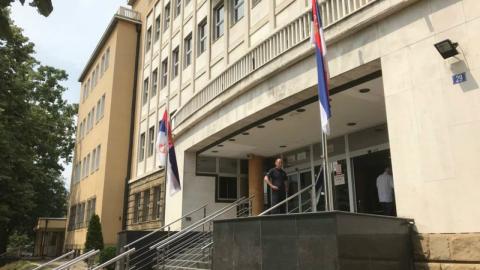 The Higher Court in Belgrade has refused to extradite Osman Osmanovic, who is wanted for war crimes - and is in custody in Serbia - to Bosnia and Herzegovina, it is confirmed to BIRN on Friday. This decision can be appealed.

Osmanovic is under investigation for war crimes committed against civilians and prisoners of war at the Rasadnik prison camp in Gornji Rahic, in Bosnia's northern Brcko area, during the summer of 1992.

The court held a hearing on Monday, December 23, when Osmanovic himself asked to be extradited to Bosnia, but the Serbian Prosecution Office for War Crimes was against it, local media reported.

Osmanovic's lawyer, Mirsad Crnovrsanin, told BIRN that the Serbian War Crimes Prosecution had no basis for conducting an investigation into Osmanovic, as he is a Bosnian citizen, allegedly committed a crime in Bosnia, and the only witness and victim also lives in Bosnia. "The crime under investigation in Serbia is the same as the one investigated in Bosnia, so all conditions for referring the case against Osmanovic [to Bosnia] have been met," he said.

The Belgrade Higher Court ordered him to be put in custody on November 25, after he was arrested on border line between Serbia and Bosnia. The Bosnian state prosecution filed an extradition request for Osmanovic two days later.

"The reasons for the request for his extradition to Bosnia … include the fact that the crimes in question were committed on the territory of Bosnia and Herzegovina, the victims were Bosnian citizens, the evidence and witnesses are in Bosnia, as well as the fact that Osman Osmanovic has Bosnian citizenship," the Bosnian prosecution said.

The Appeal Court in the Brcko District of Bosnia sentenced ex-fighters Galib Hadzic and Nijaz Hodzic to two years...