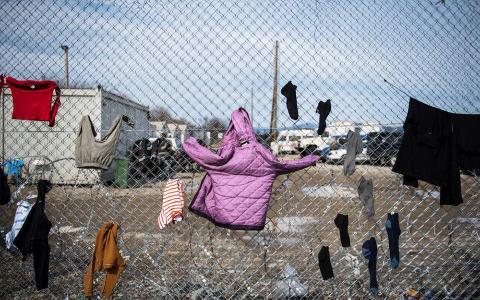 Some 668 asylum seekers belonging to vulnerable groups have been transferred over the last few days from the overcrowded Moria reception center on the northern Aegean island of Lesvos to the Ritsona camp in Attica on the Greek mainland, according to authorities.

More specifically, 456 people were ferried to the port of Piraeus on Friday followed by another 212 on Saturday.

With the move, the population of the Moria camp has fallen below 19,000. According to authorities, there are currently 18,640 asylum-seekers in Moria. Of these, 11,200 live outside the Moria camp.

The Greek Coast Guard said that between Friday morning and Monday morning,at least 412 migrants arrived on the islands - 162 on  Lesvos, 27 on Chios, 96 on Samos, 109 on Farmakonisi 10 on Pserimos and 8 on Kos.

A total of 5,133 refugees and migrants arrived on the islands of the northern...