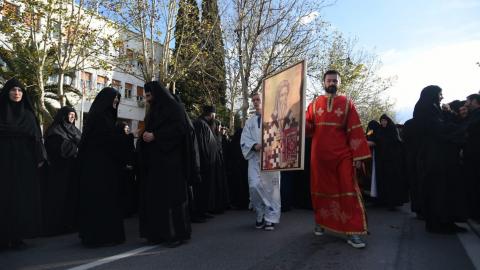 Behind words about faith, nation, and freedom often hide naked political interests and a fight for dominance in society. The ongoing feud reminds us again of how questions regarding Church and faith are so intertwined with politics and power.

In the history of European nations, the church has played an important, if not key role, in the creation of nations, their identities, and their states. For example, The Anglican Church of England, The Church of Scotland or The Lutheran Churches of Norway, Iceland, Denmark, or the Swedish church until 2000, are legally recognised as state churches.

While the political importance of these churches, particularly in the Protestant or Lutheran part of the continent, has noticeably decreased over time, in the Orthodox World, the Church is today as politically relevant and linked to politics and state power as ever.

This takes on new meaning if we pose the questions: Who controls the Church and what is the role of the Church when it comes to politics?

Among Orthodox peoples, the Church is the most trusted institution. Recent surveys confirm that: 1) The proportion of Orthodox Christians has risen sharply in Eastern Europe since 1991; 2) In Orthodox countries, there is a strong association between religion and national identity; 3) More people in Orthodox-majority countries than Catholic-majority countries support church-state ties.

Furthermore, in the Orthodox world, the symbiosis or symphony of authorities means the state supports the Church, while the Church affirms the government's policies. It is why it is...