Balkan Insight in 2019: Stories That Mattered Most 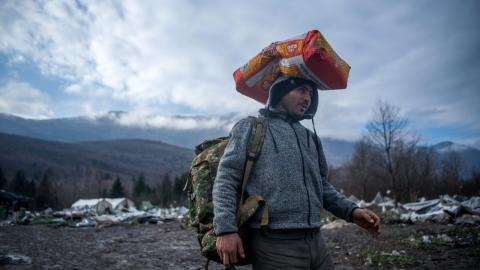 Kosovo and Serbia stayed away from the dialogue table, while people in Kosovo said it was time for change and handed an election victory to opposition parties. A new wave of elections is before us in 2020, starting with Croatia, which elects a president on January 5.

The unpredictable year now behind us kept us busy and on the alert. This was a year that our correspondents in 17 countries covered all the major political events and produced more than 1,500 news articles, over 850 premium stories and more than 30 investigations.

Throughout our network, we worked with sources, activists and our partners to produce high-quality journalism that held the powerful to account.

For their efforts and exceptional work, our journalists were again awarded some of the most prestigious local and regional prizes, such as the South East Europe Coalition of Whistleblower Protection Award, the EU Investigative Journalism Award, the Central European Initiative CEI, and South-East Europe Media Organisation, SEEMO, Award, and many others.

This was also the year when we extended BIRN's coverage from the Balkans to the so-called Visegrad Group of countries in Central and Eastern Europe and launched Reporting Democracy. A cross-border journalism platform, it aims to shine a light on issues affecting the health of democracy across a part of Europe that has become vulnerable to rising populism and authoritarianism.

As in previous years, we devoted much reporting to the state of human rights and transitional justice. Beyond the former Yugoslavia, where we remain focused on growing impunity for war crimes and tendencies towards revisionism, we extended our coverage to Ukraine. In partnership with the Ukrainian outlet Hromadske and other independent journalists...