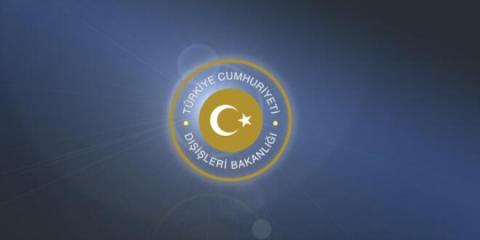 The Arab League remains silent, unable to demonstrate determination in support of the legitimate government in Libya, the Turkish Foreign Ministry said on Dec. 31.

Turkey has long supported a political settlement in Libya and an end to attacks and the establishment of a complete ceasefire among the warring sides, spokesman Hami Aksoy said in a statement.

The statement came on the heels of an Arab League council meeting in Cairo on the ongoing conflict in Libya.

"We take note of the reference to the Libyan Political Agreement dated 2015 (Skhirat Agreement) and the emphasis on a political solution as the only way for sustaining stability in Libya in the declaration issued by the Council of the Arab League following the extraordinary session on Libya held on 31 December 2019 at the level of Permanent Representatives," the statement said.

"In this regard, we would like to remind that the letter and spirit of UN Security Council Resolution 2259, primarily, intend to support and strengthen the Government of National Accord as the sole legitimate representative of Libya and call upon all UN members to act in this manner."

Aksoy stressed that a permanent and comprehensive political solution in Libya could be achieved by deterring those who would seek faits accomplis through military means.

"On the other hand, contrary to the Libyan Political Agreement and UNSC Resolution 2259, it is obvious that the Arab League has remained silent and failed to decisively support international legitimacy against the months-long, foreign supported military offensive against Tripoli, the capital city, by the so-called Libyan National Army," he said.

"From the onset, Turkey has been underlining the necessity of an immediate and full ceasefire...