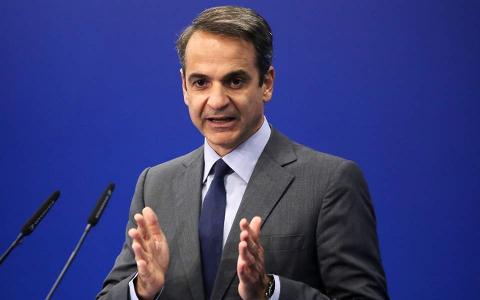 Greece, Cyprus and Israel will sign on Thursday an intergovernmental agreement for the EastMed natural gas pipeline during a meeting in Athens.
The pipeline will run across the Mediterranean from Israel's Levantine Basin offshore gas reserves to the Greek island of Crete and the Greek mainland, and then to Italy.

The deal will be signed in the presence of Greek and Israeli Premiers Kyriakos Mitsotakis and Benjamin Netanyahu, and Cypriot President Nicos Anastasiades, by the energy ministers of the three countries.

According to the schedule, Mitsotakis will hold private meetings with the visiting leaders, starting with Anastasiades at the Maximos Mansion at 10 a.m. and followed by the Israeli premier at 2 p.m., after which there will be a lunch.

At 6 p.m., Mitsotakis will go to the Zappion Mansion where the agreement will be signed in order to take part in a...