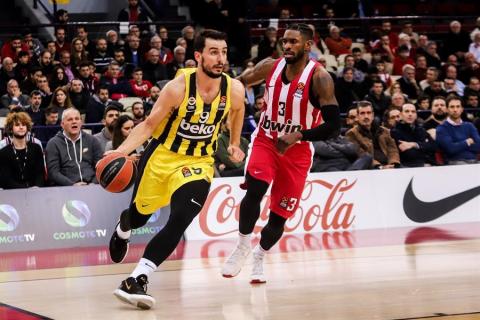 The Istanbul club ended their four-match losing streak in the EuroLeague with the away victory.

Fenerbahçe's Nando De Colo was unstoppable as he played with 32 points to be the highest scorer of the game.

For the losing side, Vassilis Spanoulis and Georgios Printezis were the highest scorers after they dropped 14 points.

Fenerbahçe and Olympiacos Piraeus each have six wins and 11 defeats at the end of 17 games.

The results of Jan. 2's EuroLeague games are as follows:

A mob out for blood: India's protests pit Hindus against Muslims