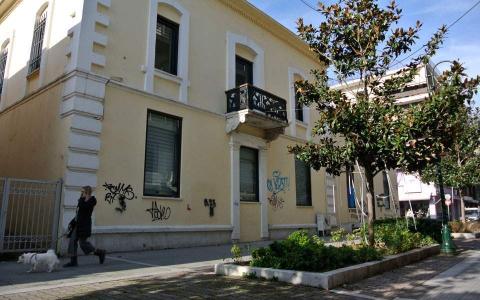 The Central Board of Jewish Communities in Greece (KIS) condemned on Friday the second vandalism of a Jewish site in Trikala, Thessaly, within two days and called for the arrest of the perpetrators and the proper guarding of the site by municipal authorities.
The perpetrators destroyed part of the fence of the town's Holocaust Monument and removed the Star of David.
"Unfortunately, once more we express our sorrow, outrage and concern over the new vandal attack against a Jewish site in Trikala," KIS said in a statement issued on Friday, adding that the monument was severely damaged.
The Holocaust Monument was sprayed with antisemitic graffiti three times in February and March 2019. On Thursday, the outer wall of the city's newly renovated synagogue was sprayed with antisemitic slogans.
KIS said it sent letters to the Minister of Citizen Protection, the mayor of...