Mitsotakis to meet Trump in US visit starting Sunday 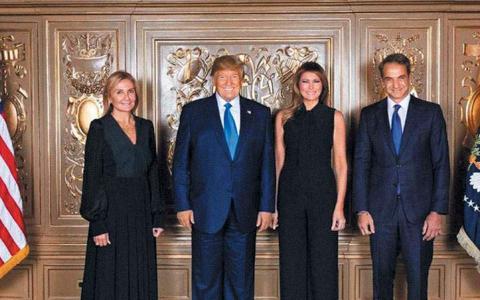 Prime Minister Kyriakos Mitsotakis will depart Athens on Sunday for an official four-day visit to the United States, where he will meet with US President Donald Trump, Senators and diaspora leaders.

According to his office, he will have the following meetings, in local time:

Mitsotakis will attend the Epiphany celebration in Tarpon Springs. At 10...