Serbian Ambassador refused to receive a protest note from Montenegro 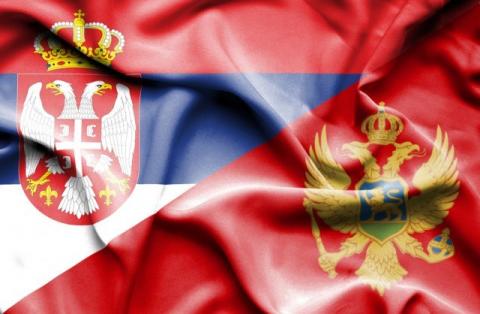 According to the Montenegrin Ministry of Foreign Affairs, Bozovic was summoned to this Ministry's office to be served with a protest note over alleged events in front of the Montenegrin Embassy in Belgrade and last night's attempt to set the Montenegrin flag on fire.
Secretary-General Miodrag Kankaras has, reportedly, submitted a protest letter of the Montenegrin Ministry of Foreign Affairs, "strongly condemning multiple attempts to fire the Montenegrin flag and assault on the Embassy premises", to which Serbian state officials allegedly failed to respond.
"With Certain public appearances in the previous period, the safety of our diplomats are at risk", Kankaras stressed, expressing his expectation that official Belgrade would react immediately in accordance with the Vienna Convention on Diplomatic Relations in order to ensure the integrity of the Embassy of Montenegro in Serbia, as well as inviolability of the state mark of Montenegro.
The RTCG portal reported that Bozovic condemned the flag burning as an inappropriate act, and, he said, emphasized that he was in no way imitating the official position of either the state of Serbia or its citizens.
"The Republic of Serbia condemns the shooting and attempting to burn the Montenegrin flag, which the Ministry of Foreign Affairs will officially announce today," said Ambassador Bozovic, who at the same time conveyed "the Serbian Foreign Minister's regret over the said act."
It is stated that Bozovic pointed out that, in the communication with the Minister of the Interior Nebojsa Stefanovic, all measures were taken to protect the premises and staff of the Embassy of Montenegro.
He added that the Serbian ambassador expressed respect for Montenegro as a neighbor, an independent and...