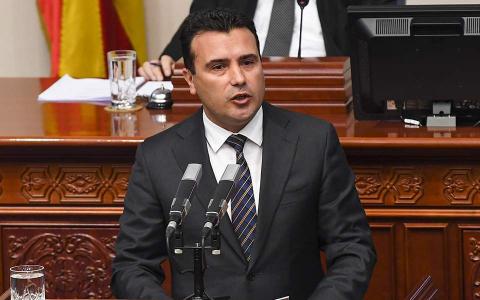 The prime minister of North Macedonia submitted his resignation Friday, paving the way for a new caretaker Cabinet to be named in order to organize a snap election.

Zaev has asked for an early election, noting his "disappointment and outrage" on the European Union's failure to start membership talks with North Macedonia and Albania last year.

France, supported by Denmark and the Netherlands, strongly opposed membership talks, calling for an overhaul of the EU's procedures for admitting new members. [AP]

The face of a forward-looking Greece